In recent times, the two-wheeler industry has seen a rise in demand in India. People are leaning towards owning a two-wheeler more because of its convenience, lower maintenance, and affordability over a four-wheeler. The pandemic has, in a way, assisted the two-wheeler market, as due to the contagious nature of the virus, most people opted for personal transport over public ones.

Hero MotoCorp Limited, formerly Hero Honda, is one of the leading two-wheeler brands and is the second-largest manufacturer of two-wheelers in India. It has gained its reputation due to its bikes and scooters’ high performance and gorgeous looks. To date, the company has sold over 75 million two-wheelers and keeps on bringing variety to the market regularly.

This year being no different, Hero MotoCorp has upgraded some of the most selling and popular two-wheelers and plans to launch them in 2022. The company has also announced a few new additions.

Hero Xtreme 200R promises to be a combination of tradition and sports in terms of its style. It is also the first naked motorcycle of Hero MotoCorp in the 200cc segment. Special care has been taken to design the suspension considering Indian roads. The bike comes with a 200cc engine, dual-channel ABS, double-disc breaks, alloy wheels, and tubeless tyres. The bike is likely to have a price tag of Rs. 94,000, with a kerb weight of 149 kg and a fuel tank with a capacity of 12.5 litres. Other key features that can be expected include a maximum torque of 17.1 Nm, five-speed transmission, 40 kmpl fuel efficiency, maximum power of 18.4 PS, and a top speed of 112 kmph. These features make this sports bike too enticing for every age group of bike lovers.

The Hero Xtreme 160R is a naked sports bike. It will be launched in two variants – Hero Xtreme 200R and Hero Xtreme 200R Stealth. The stealth version also includes a GPI or Gear Position Indicator, a USB charger and the features of the Hero Xtreme 160R. Both variations come with an LCD console, but the brightness can be adjusted in the Stealth version. The bike comes with a double-disc break with single-channel ABS, a 163cc engine, alloy wheels, and tubeless tyres. The bike is priced at around Rs. 1.14 lakhs. The kerb weight is 140 kg, and the fuel tank capacity is 12 litres. Other key features include a maximum torque of 14 Nm, five-speed constant mesh gearbox, 40 kmpl fuel efficiency, 4 Stroke 2 Valve Air cooled Single Cylinder OHC and a maximum power of 15.2 PS.

This bike was glimpsed at the Indian auto exposition in 2016 and has been one of the most coveted upcoming Hero bikes in India. Rumoured to be a high-end sports bike with gorgeous looks and excellent style, the bike packs a 300cc 4 stroke DOHC engine, enticing most bikers. It is expected to be a single-cylinder with dual-channel ABS, double-disc breaks, alloy wheels, and tubeless tyres. Other key features include a maximum power of 30 PS, a maximum torque of 35 Nm, and a 35 kmpl mileage. It will likely be priced at Rs. 1.78 Lakhs and has been marked as a flagship model.

Hero 450 ADV is a top-quality, high-end sports bike with a 450cc single-cylinder engine. It is also expected to have dual-channel ABS, double-disc breaks, maximum power of 50 PS, alloy wheels, and tubeless tyres. Though most of its specification is a secret guarded by the manufacturer, it is rumoured to entail some exclusive features not yet available in the Indian market. The expected price of this particular model is around Rs. 2.22 lakhs.

Other models to be expected in 2022 include Hero Leap Hybrid SES and Hero electric scooter.

The bike market is witnessing new models every year of all ranges, from the most affordable to the most luxurious ones. Most of these purchases are through two-wheeler loans and EMIs due to the low bike loan interest rates. These two-wheeler loans come as a lifeline to the middle-income and low-income groups, where they don’t have to bear the burden of a huge one-time investment, thereby making two-wheelers more affordable. Two-wheeler loan eligibility can be checked quickly online, along with the EMIs to be paid using a bike loan EMI calculator. The government now provides tax benefits towards interest payments on loans taken to purchase electric vehicles. Thus, owning a two-wheeler is now more accessible and affordable to all. 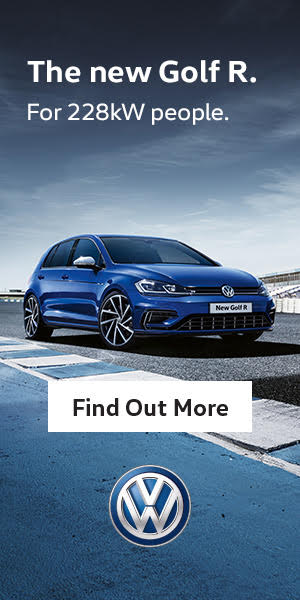